Every journey in Sea of Thieves is wild and unpredictable, with chance encounters and unexpected opportunities meaning that you’ll never be completely sure how things will play out.

Even a simple Voyage to a seemingly tranquil island can unfold into a skeleton ambush, a pitched battle against a fleet of Ghost Ships or a daring chase in pursuit of pirates making off with your plunder!

Voyages are the ‘quests’ of Sea of Thieves, and provide a starting point for action-packed expeditions in search of vast treasures and pitched battles. Succeeding on these quests is a great way to build up your gold supplies and your reputation, leading to even more dangerous Voyages in the future.

Whether you’re trekking through caves in search of a buried hoard, hunting down a pack of fearsome Ashen Skeletons on the shores of an active volcano or dodging sharks as you dive to a sunken ship, mastering these Voyages will set you on a thrilling path to Pirate Legend.

The ever-changing world of Sea of Thieves can catch even experienced pirates off-guard. Uncovering a long-lost message in a bottle or spotting a cursed treasure in the sand can send you and your crew sailing headlong in a whole new direction.

Even a quick trip to an Outpost for supplies can be made chaotic and challenging when a storm rolls in or the fog begins to gather. You might find that your destination has been occupied by a deadly threat, leading to a life-and-death struggle before you can claim your hard-won loot. 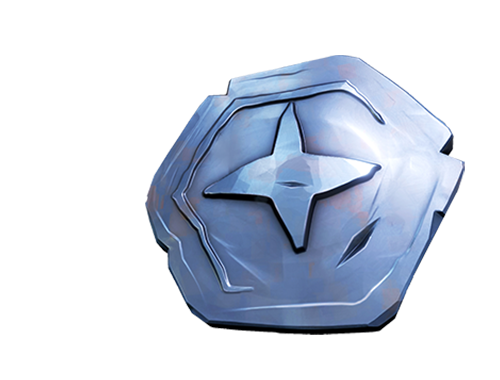 The world of Sea of Thieves is filled with special events that are likely to bring multiple crews together in search of vast treasure piles, rare artefacts and other rewards. These world events are unpredictable and can take place across the land or sea.

Strange clouds on the horizon might mean there’s a Fort stuffed with skeletons guarding their vault of riches, a fearsome fleet of Skeleton Ships prowling the seas or a deadly Ashen Lord raining fiery destruction from the sky. These events are sure to attract nearby pirate crews – but will they be your allies or adversaries?

A pirate’s ship is their home away from home, and you’ll need to defend yours! Learning to master your cannons, harpoons and sails can give you the edge in battle and prove the difference between a triumphant homecoming and sinking helplessly beneath the waves.

There are plenty of opportunities to practise tactics and cunning in any fight, whether you’re wielding valuable Cursed Cannonballs to incapacitate an enemy crew and their ship, toppling their masts with a precision chainshot strike or even launching a pirate boarding party from your cannons.

Not every foe you’ll meet on the seas arrives on a ship of their own. The depths are home to ferocious sea monsters, including terrifying Megalodons – huge beasts the size of ships, with treasure in their bellies and very bad tempers. Pirates should be wary when collecting the spoils of these encounters, as predatory sharks and vicious Sirens also roam the seas and will attack on sight.

Sometimes, crews may find themselves running afoul of the Kraken: a mythical beast of legend that lurks beneath the waves and uses its mighty tentacles to slam and wrap unsuspecting pirate ships.

The sea’s influence can even threaten pirates on dry land thanks to transformed pirate crews known as Ocean Crawlers, who roam the islands in search of fresh prey!

Whether it’s tussling over treasure or keeping your ship’s supplies safe from rival pirates, the time will come when you’ll want to take up arms against other players. You can lock blades in a head-on confrontation, or make clever use of your surroundings to gain the advantage.

Any pirate who falls in battle will be returned to the seas before long, so there’s no need to shy away from a good brawl. Your sword-fighting skills can also be sharpened in The Arena, a structured take on PvP combat that sees competing crews racing to claim the most silver in short, focused contests.

With so much action on the horizon, it would be unwise to set forth unarmed. Pirates will always have access to a sturdy cutlass and three types of firearm, selecting two to carry at any time from the powerful blunderbuss, flintlock pistol and long-range Eye of Reach.

Other weapons can also be discovered on your Voyages, from chaos-causing firebombs and blunderbombs to devastatingly explosive Gunpowder Barrels. Sometimes, even a treasure item can double as a weapon!

©Microsoft 2021. Microsoft, Rare, the Rare logo, Sea of Thieves are trademarks of the Microsoft group of companies.
©Disney. All trademarks and copyrights are property of their respective owners.